Islas de Gigantes is a Spanish term means Islands of Giants. These group of Islands is located in the town of Carles, the northern city of Iloilo, Philippines. These giants of the island are divided into two groups, Gigantes Norte and Gigantes Sur.

Islas de Gigantes for me is one of the must visit place in the Philippines. If you have been to Bantayan Island in Cebu, Boracay Island in Aklan and El Nido Palawan, well, the Island of Giants is more like of those three islands combined.

Just like Bantayan Island and Boracay Island, Islas de Gigantes also offers a fascinating infinite view of the horizon, powdery white sand, and long shorelines and scrambling through a jagged peak of the Bakwitan cave similar to Taraw Cliff in El Nido.

THE ISLANDS OF ISLAS DE GIGANTES

What I love most about the Islas de Gigantes is that every island offers diversity. Island hoping as we know it is more of snorkeling, diving and non-stop swimming, however, Islas de Gigantes offers more than that. For those who are up for more thrill, fun, and adventure, the island also offers you trekking, cave spelunking, and mountain hill climbing. What I love about the place is, it is less touristy. In addition to that, you get no network signal. It gives you more time to your self, away from city chaos and social medias. It just you, nature and food!

In our first day of Island hopping, our first destination was this isolated, unnamed island. On our way, our guide told us that there wasn’t much to see here. They said it wasn’t good. But when we get there, it blew us away! If this wasn’t good enough for them, we can’t wait what other islands have to offer us. It was mind-blowing. That was an incredible teaser indeed! The crystal clear water was too inviting wanting us not to leave. But we had to since we still have five more islands to go!

Among the six islands destinations in our island hopping tour, Antonia beach was my favorite. This small island offers a lot of adventures like unlimited seafood, cliff climbing, cave spelunking and fun water activities like banana boat, kayaking, snorkeling and jet skiing. Water activities were not pricey too! There is a store on the island too that sells drinks, snacks, and food. Overnight stay is available on this island too.

Cabugao Gamay is the most photographed of the Islas de Gigantes Islands. A simple trail was made for visitors to hike up to one of the peaks of the hill. You can see the beautiful panoramic view of the island, and its neighboring island from the top. Every inch of your angle in your every photo is something every Instagrammer is to die for. Should you want to own the island all for yourself, you stay overnight on this island too. 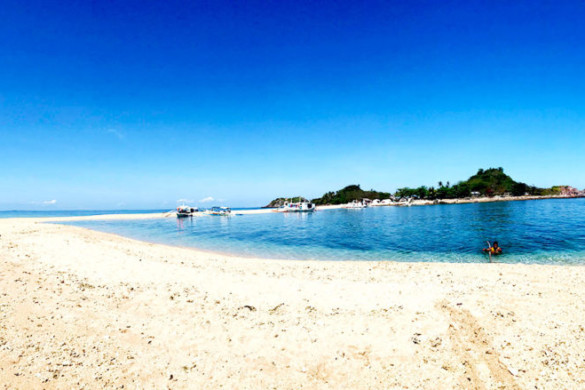 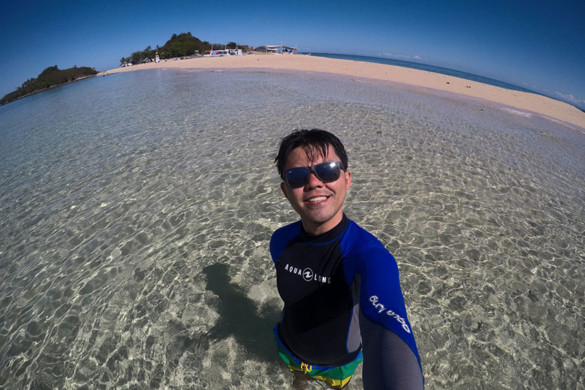 Bantique island is a long stretch C-like sandbar that according to local it changes its position depending on the direction of the trade wind, Amihan or Habagat. The sandbar divided the sea water into two sides in which one is for kid-friendly swimming. The water is very clear, and the sea level is entirely safe for children. On the other side perhaps welcomes you a great adventure of diving and snorkeling and the warm blue water rich in marine life adds more spice to the place.

As I said, Islas de Gigantes offers diversity. In this island, you’d see the jagged rock formations similar to the one in El Nido, Palawan. You can go swimming here and cliff diving.

This island is an extension of Gigantes Hideaway Tourist Inn. Their main resort is actually on a different island, Gigantes Norte which is 20 mins ride by boat. It was where we had our lunch on our island hopping tour, and we also stayed here on our second night.

Bakwitan cave is a refuge for villagers who take shelters during a strong typhoon that their native houses cannot withstand. It also served as a hiding place locals in the past from Japanese invaders.

You can explore the cave with the help of a guide.
Unlike any other cave, spelunking to this cave includes more on climbing thus the exit is on top of the mountain. And also, spelunking to this cave requires more effort and extra care thus rocks are pretty sharp, and some of the entrances are tiny and very slippery. However, the incredible panoramic view of the horizon and the blue water of the sea from the top will sway all your exhaustion away.

Going downhill is even more challenging because of sharp rocks trail.

The Parola at Gigantes Norte

The old lighthouse ruins were built during the Spanish period that serves as ship guides that pass through the Island.  The place speaks a lot of the history of the Island and the photos do not even ask for vintage filters, it was supernatural and fantastic. 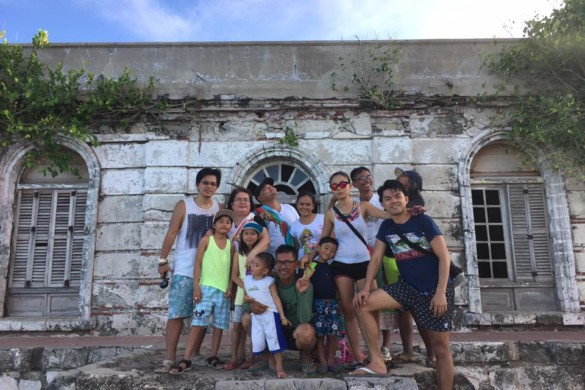 Because we chartered a private boat, inclusive of our package tour, on our way home, we noticed a small and almost naked island on the way. We asked our guide if we could stop and have a little look on the isle.
This bare Island has only a single coconut tree living on it, covered with powdery white sand and beautiful rock formations. 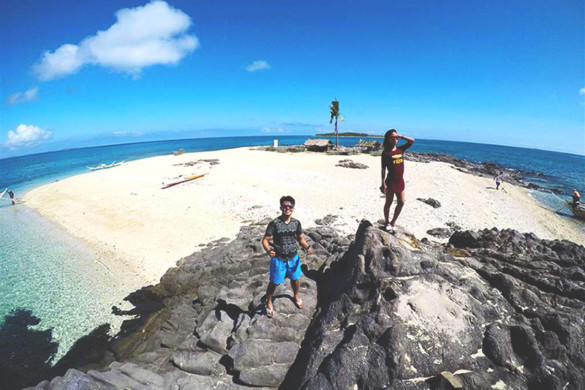 Read  HOW TO GET TO ISLAS DE GIGANTES

Hey there. My name is Juvy. I was born with the love for traveling. I also love to take photos to capture the best moments of my life. It's my pleasure to have you here.

How to get to Sambawan Island Travel Guide 2017

Cebu South Road Trip for One Night and...

A mom, a wife and a web developer who loves photography, travels, fashion, and makeups.

Cebu South Road Trip for One Night and...

How to get to Malapascua Island

How to get to Sambawan Island Travel Guide...

No images found!
Try some other hashtag or username